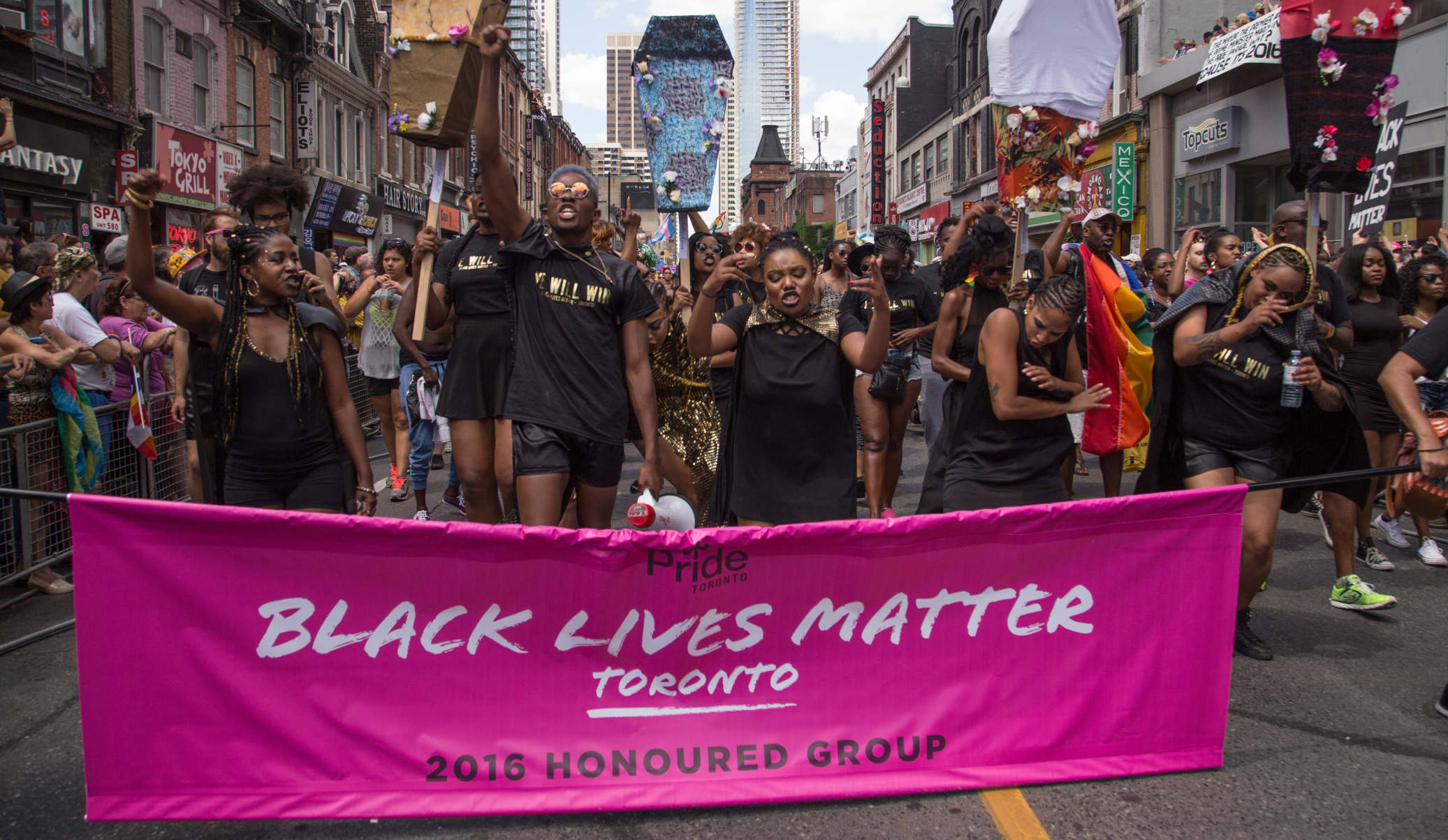 Demanding that police be removed from pride is a strategy toward abolitionist futures.

2016 was a significant moment in Black history worldwide. In July 2016, Black Lives Matter—Toronto, while leading the Pride Parade, became the first to stop one of the world’s largest pride parades dead in its tracks. The first chapter of Black Lives Matter - Canada executed a sit in at the parade, refusing to move until the Pride organization acquiesced to demands for adequate funding for Black Queer programs, to end police participation in Pride, and to refuse pinkwashing by the police. Although Pride has radically political Black roots, from the Stonewall Riots to AIDS Action Now! struggles, it had become an increasingly hostile space for Black queer trans individuals. The action was successful--dollars for Black programming were increased, and police were disinvited from the parade.

The action put Black Lives Matter—Toronto organizers at risk. From the moment of the sit-in and the months following, Black activists were met with violence from people who did not understand the action that the group took. Nonetheless, it became a defining moment for scrutinizing police presence across cultural events, challenging mainstream notions of public safety, and putting abolition into practice, by reducing the scope of police. After this moment, Pride stoppages spread across Canada. Black Lives Matter Vancouver protested soon after along with Ottawa in 2017. Halifax police bowed out in response to BLM-TO’s action, and protests continued through the United States (Washington, New York City, etc.), and eventually picked up global momentum (Brazil, New Zealand, etc.).

Demanding that police be removed from Pride is a strategy towards abolitionist futures. At the time, Black Lives Matter—Toronto asked people to deconstruct their understanding of safety, and look at safety from the perspective of people who are most at risk. The stoppage sparked a broader trend, showing us that police presence is not a given, and that they aren’t invincible. Since then, the creation of alternative community festivals like Queer Liberation March New York or Bricks and Glitter in Toronto, have proven that in spite of consistent overpolicing of our communities, Black queer and trans people are always creating new geographic landscapes for celebration and joy. 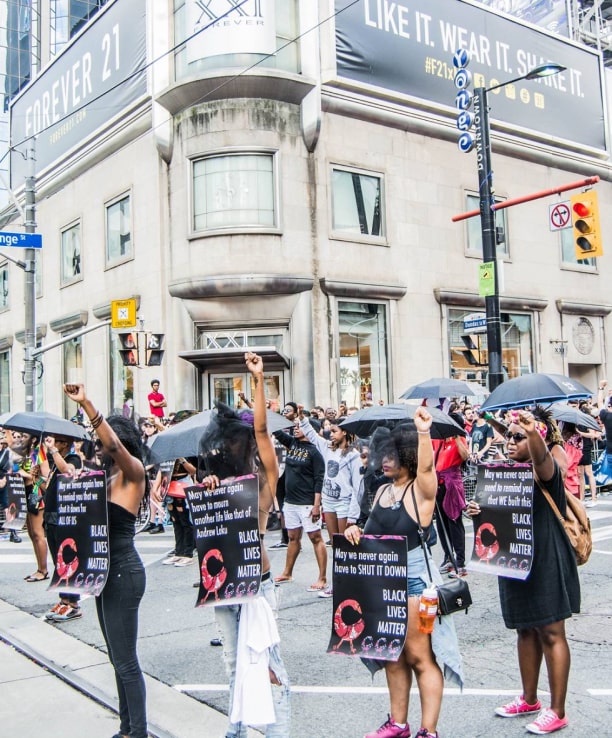 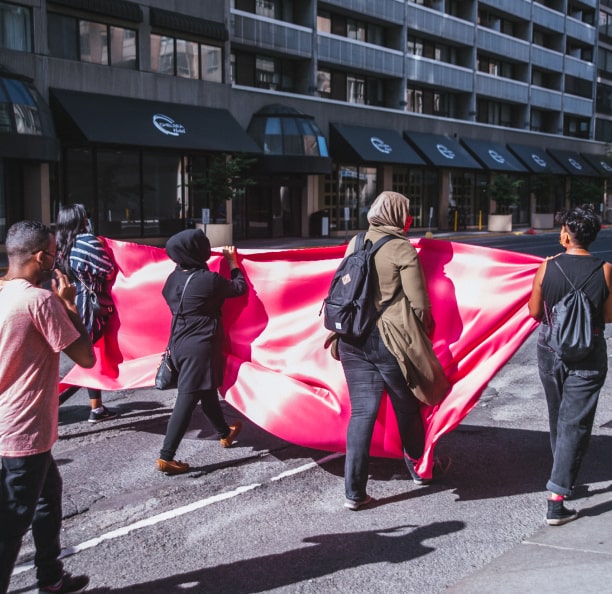 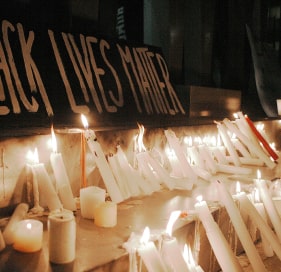